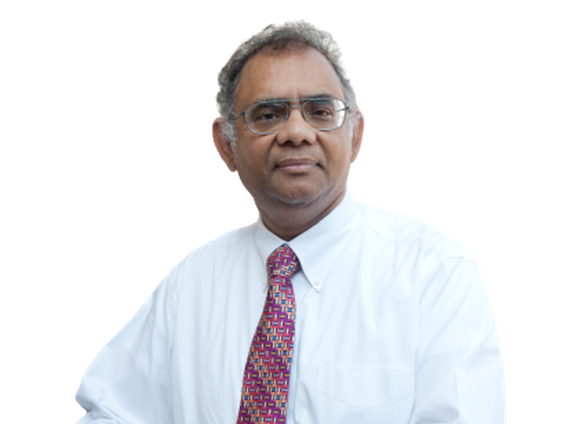 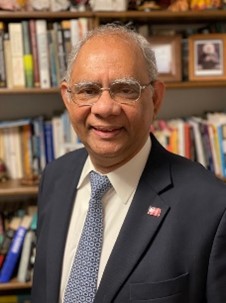 Akhlesh Lakhtakia was born in Lucknow, India on July 1, 1957. He obtained a Bachelor of Technology degree in Electronics Engineering from the Banaras Hindu University, Varanasi, India in 1979; Master of Science and Doctor of Philosophy degrees in Electrical Engineering from the University of Utah, Salt Lake City in 1981 and 1983, respectively; and a Doctor of Science degree in Electronics Engineering from the Banaras Hindu University in 2006. In 1983, he joined the faculty of the Pennsylvania State University, where he was elevated to the rank of Distinguished Professor in January 2004. In 2006, he became the Charles Godfrey Binder (Endowed) Professor of Engineering Science and Mechanics. In 2018, he received the highest professorial rank at Penn State: Evan Pugh University Professor.

Dr. Lakhtakia has published more than 930 journal articles; has contributed 34 chapters to research books and encyclopedias; has edited, co-edited, authored or co-authored 27 books and 32 conference proceedings; has authored or co-authored 420 conference papers; has reviewed for 183 journals; either serves or has served on the editorial boards of five electromagnetics journals; and was the founding Editor-in-Chief (2006–2013) of the SPIE Journal of Nanophotonics. He serves as an international lecturer for the International Commission for Optics, SPIE, and the Optical Society of America; was twice a Visiting Professor of Physics at Universidad de Buenos Aires, a Visiting Professor of Physics at the University of Otago, a Visiting Professor of Physics at Imperial College London, a Visiting Fellow in Mathematics at the University of Glasgow, Honorary International Professor National Taipei University of Technology, and Otto Mønsted Visiting Professor in Mechanical Engineering at the Danish Technical University; and headed the IEEE EMC Technical Committee on Nonsinusoidal Fields from 1992 to 1994. He also advised the ASME Press during the first decade of this century for five years.

Dr. Lakhtakia was elected a Fellow of the Optical Society of America (1992), SPIE (1996), the UK Institute of Physics (1996), the American Association for the Advancement of Sciences (2009), the American Physical Society (2012), the Institute of Electrical and Electronics Engineers (2016), the Royal Society of Chemistry (2016), and the Royal Society of Arts (2017). He was named to the inaugural class of Outstanding Reviewers by the Optical Society of America in 2012. He also served as the 1995 Scottish Amicable Visiting Lecturer at the University of Glasgow. He received the PSES Outstanding Research Award in 1996, the PSES Premier Research Award in 2008, and the PSES Outstanding Advising Award in 2005. For his research on sculptured thin films and complex-medium electromagnetics, he received the Faculty Scholar Medal in Engineering in 2005 from the Pennsylvania State University, and was the sole recipient of the 2010 SPIE Technical Achievement Award. Nanotech Briefs recognized him in 2006 with a Nano 50 Award for Innovation. Sigma Xi, The Scientific Research Honor Society bestowed on him the Walston Chubb Award for Innovation in 2016. In 2022, he received the Smart Structures and Materials Lifetime Achievement Award, the IEEE Antennas and Propagation Society Distinguished Achievement Award, and the Radio Club of America Lifetime Achievement Award.

The University of Utah made him a Distinguished Alumnus in 2007 and the Indian Institute of Technology (BHU) in 2014. In 2019, he was one of two scientists named by IIT (BHU) as an Alumnus of the Century in Making. The US National Academies named him a Jefferson Science Fellow for 2022-23.

His current research interests lie in the electromagnetics of complex materials including chiral and bianisotropic materials, sculptured thin films, chiral nanotubes, nanoengineered metamaterials, surface multiplasmonics, thin-film solar cells, engineered biomimicry, biologically inspired design, and forensic science. He has more than 18300 citations on the Web of Knowledge and his Hirsch index is 54. According to Google Scholar, the number of citations exceeds 30,500 and his Hirsch index is 74. Over the last two decades, his research accomplishments have been covered on several scientific media outlets, including CNN, and in a NOVA movie.

Connect with us on